Portraits at the Arts Council

Posted on August 13, 2017 by dauphinedogtrot

Portraits is an invitational show at the Arts Council of Southwestern Indiana that runs through September 7, 2017.  Curator and gallery director Andrea Adams selected work from multiple artists to highlight the depth and breadth of local portrait-making and included works in a range of media and techniques.  It is a compact but comprehensive overview.

Andrea selected two images by Billy Hedel from his Faces of Katrina series.  Child of the Storm dates from 2005 and is one of a larger body of portrait work Billy made before, during and in the aftermath of the storm.   The model for this large, dark portrait done in pastel on paper was a young boy staying in the same storm shelter as Billy in the early days after Katrina had struck. 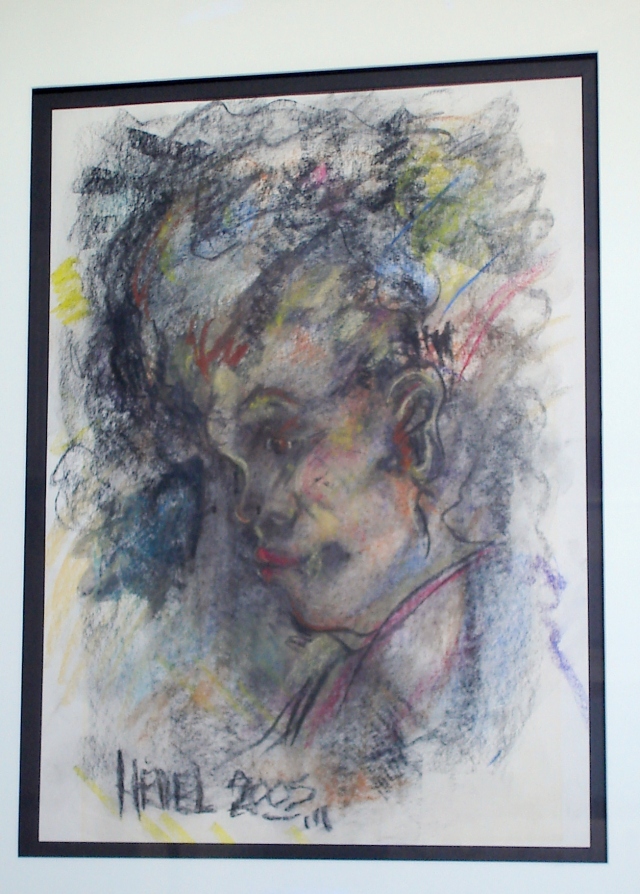 Child of the Storm (Faces of Katrina series, pastel on paper, 2005) by Billy Hedel

The second picture by Billy included in the show is his self-portrait  made on the tenth anniversary of Katrina’s landfall , Ten Years Later.  This intimate, head-on image in charcoal and acrylic on canvas is the bookend of an artistic journey and was made for a September 2015 reprise exhibition of the collected body of Billy’s several Katrina series at Patchwork Central in Evansville’s Haynie’s Corner Arts District, which Billy helped establish.

Ten Years Later (A self-portrait on the anniversary of Hurricane Katrina) by Billy Hedel (charcoal and acrylic on canvas, 2015)

The Arts Council of Southwest Indiana is located at 318 Main Street and is open Tuesday through Friday from 10 am to 4 pm, and at other times by appointment.  The phone number is 812/422-2111.  Enjoy the show, and ask to see the small portraits on paper priced under $ 50 for sale in the consignment gallery.